Rezoning from Residential to Commerical

There is a motion before the Chesterfield Zoning Commission to re-zone an area in the vicinity of Jessup and Ironbrige Road.

A meeting was held in August and a decision was postponed until November 19, 2013 at 6:00 p.m in the Administation Building next to the Police Station on Ironbridge Road. We believe this may not be in the best interest of our neighborhood. Please make plans to attend the meeting so we may all be well informed about the future of what is planned for our community.

Contact the Dale District Supervisor Mr. Jim Holland to let him know we DO NOT want the Jessup/Ironbridge Road Project to go forward.

Are you worried about your property value?

Are you worried about what’s going on in your neighborhood?

Do you want Chesterfield County to rezone our area for commercial use?

COME OUT AND GET THE FACTS

(All Homeowners are encouraged to attend)

Please go to the web address below to view some Safety Tips from the National Highway Traffic Safety Administration (NHTSA) concerning Tips to keep Kids safe.

Join us for our Community Yard Sale on Saturday, September 21st. 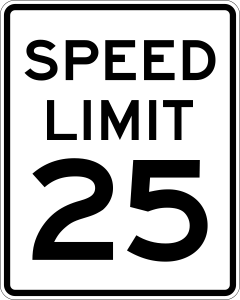 The speed limit in Meadowbrook Farm
is 25 MPH and will be enforced.  Please be mindful that children in the neighborhood may run out into the streets and if you are driving above the speed limit you may not have enough time to react. 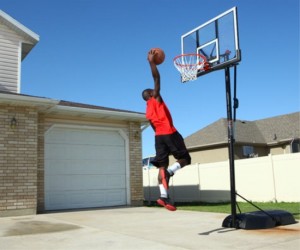 We ask residents that bring portable basketball platforms into the street to move them back to their property after using them. This is a safety issue as well as an eye sore. (Art. VI Section 5 Covenants).

No lot shall be used in whole or in part for storage of rubbish of any character whatsoever, nor for the storage of any property or thing that will cause such lot to appear in an unclean or untidy condition or that will be obnoxious to the eye.
We ask all residents for their cooperation in maintaining our beautiful community.

If there is any question please contact one of the Architectural Control Committee members.

With your assistance we will maintain the high standards of our neighborhood.

CHESTERFIELD COUNTY, VA – Police need the public’s help to identify and find two men who stole an undisclosed amount of money from a senior citizen’s home in the 5500 block of Newby’s Bridge Drive at 6 p.m. on March 24. The suspects approached the victim under the pretense they were offering driveway paving services.

The victim later discovered money had been stolen and contacted police. The two suspects are white males and were driving an older, Ford pick up truck with a fiberglass cover over the bed with paving supplies.

Police are reminding all citizens to be aware of this crime alert. Police are also asking residents to contact police if they were approached by these suspects in that area. Anyone with information should contact the Chesterfield County Police Department at (804) 748-1251 or Crime Solvers at (804) 748-0660 or text the code tip699 with the tip and send to 274637 (CRIMES). # # #

Generally, they are unlicensed contractors who carry no liability insurance or bonding, and they have no enforceable warranties for the work they do. They are usually soliciting work to be done to your driveway or home repairs.

The gypsy’s approach goes something like, “We just finished a job in your neighborhood and have this material left over…..”

That is a sure red flag, and we urge citizens to be extra cautious, about these kinds of door-to-door approaches. Always remember to make sure that the company has a business license and is insured, get references from the company, and follow up with them.

Six Ways to Protect Yourself From Online Banking Risks

Don’t use public computers where passwords and other

Sensitive information may be Saved without your knowledge. Don’t use public WiFi hotspots. Clever thieves can now intercept data sent over unsecured wireless Services. Use only ones that require you to log on with a unique password.

Don’t write down banking passwords and log-in IDs where thieves could find them, It sounds obvious, but it’s a quite common mistake.

Make sure they’re set to automatically Update at least once a month for protection from new threats.

Do check your accounts at least Weekly, and immediately report anything suspicious.

Do watch for phony bank e-mail and text messages.

Do NOT Assume an official looking e-mail or text it is legitimate, and never respond or click on a link from one. Instead go to your bank’s log-on page and Access your account from there if your still unsure about something call the bank or the provider.